Far away in outer space; black sky and bright stars abound. Spaceships are flying around asteroids and Milky Way’s and a black hole that is sucking some of the spaceships into it.  A “Mother Ship” is hovering in the sky. The ship looks like a large woman with glasses and a beehive haircut--yet also one which is undoubtedly of alien origin. The Mothership is producing lots of tinier ships and barking out orders to the little ships emerging from it.

The nagging Mothership’s voice rings out through space. Way off in the distance a minion ship, number 404, sits on the dark side of the moon. An alien is inside who is obviously goofing off. This is MAXWELL sitting along in the cramped space, he is instead slacking off by flipping through the channels on a TV-like screen the screen is showing surreal gameshows, talk shows, newscasts and other programming from various planets. Many of these shows are direct spoofs of well-known Earth TV shows like “Let’s Make a Deal” and “Jerry Springer” except they feature odd alien creatures winning prizes and/or arguing. While watching TV, Maxwell

stumbles upon a TV commercial that immediately grabs his attention; it is advertising a fantastic Earth-based mall.

And so the adventures of Maxwell begins… 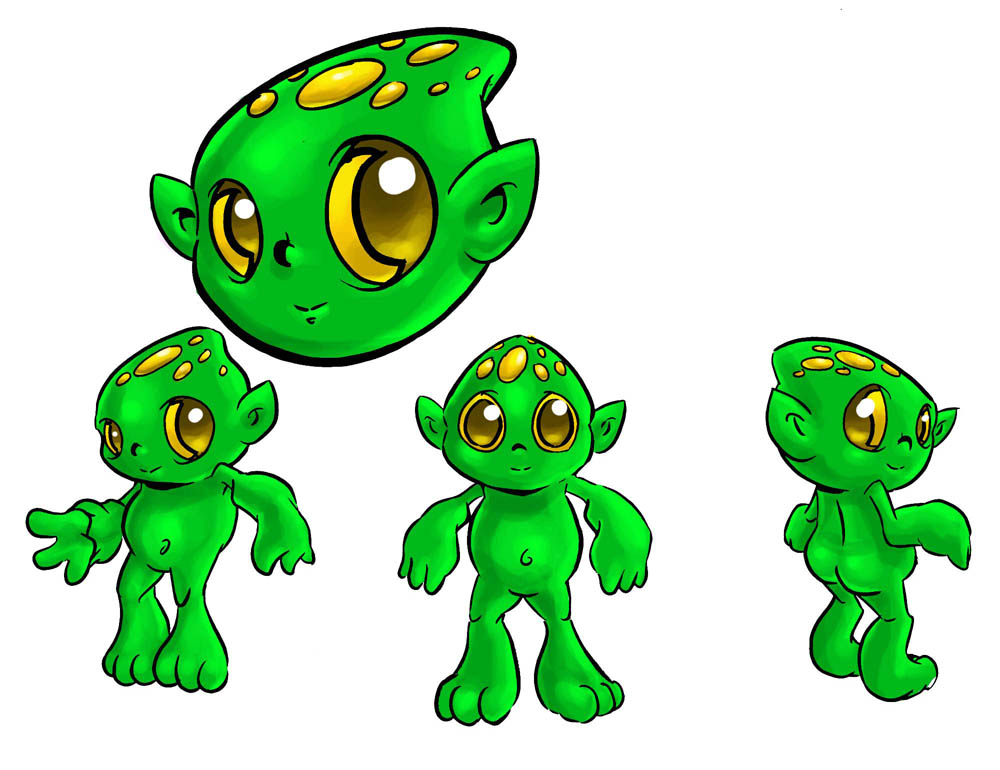